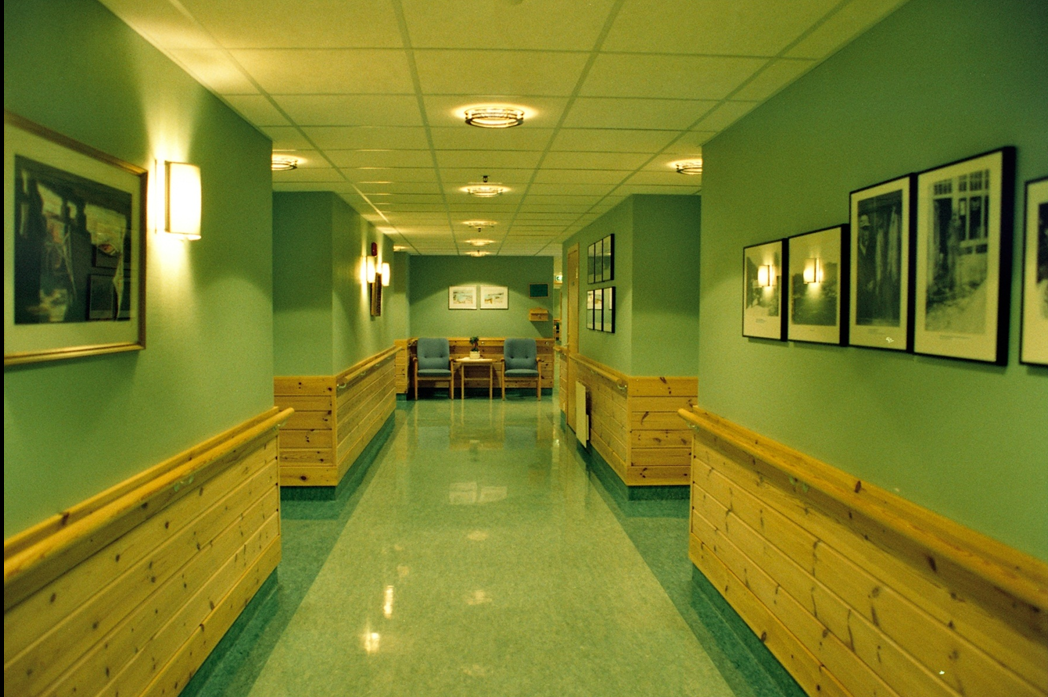 Many care homes are built with an overriding focus on providing medical care, while provision for the benefits and opportunities gained by being able to move around freely outside the buildings has received very little attention. Photo: Karin Høyland.

In the Netherlands there is a so-called dementia ‘village’ – occupied by 152 residents living in groups of houses designed to function almost as normal homes. They have easy access to the outdoors and can move about freely within the village, both inside and outside their homes.

A home from home atmosphere, a sense of well-being, and a normal daily routine have replaced the cold corridors of an institution.
The residents live together in groups of between seven and eight, selected according to similarities in their lifestyles. There may be groups who love gardening, or classical music.

Their next of kin can come and go as they please and also participate in the running of the village. Social facilities include 35 different clubs, a pub, a restaurant and a theatre. These attract people from the local community, and there are just as many volunteer helpers as there are employees taking part in the work. Pubs and restaurants in the dementia village in Netherland are designed just like others outside the village.

From institutions to houses

Karin Høyland at SINTEF Building and Infrastructure is following and supporting the work currently underway to establish a similar concept in Norway. In 2014 a so-called KMB project (Knowledge-Building Project with User Involvement) was launched involving three municipalities and private sector developer Norske Helsehus. The project was funded by the Norwegian State Housing Bank. The aim has been to develop a similar concept in Norway based on discussions and evaluations of the different aspects of the Dutch model.

Oslo, Sandefjord and Arendal municipalities are involved in the project, and there are many issues surrounding the concept that have to be addressed. Is service provision adequate? How will we recruit volunteers? How will we attend to the needs of dementia sufferers during the different stages of their illness? Will others make use of the facilities offered by a ‘village’ concept, and will such a village be compatible with Norwegian inclusivity policies?

Høyland has worked previously on the research project “Fremtidens omsorgsplasser” (Care homes for the future) in collaboration with Porsgrunn municipality. This project made use of workshops to address topics linked to innovation in the field of elderly care. Existing provisions were also evaluated so that the best aspects of current practice might serve as input to new projects. As part of this evaluation, SINTEF points out that there already exist many exciting and effective projects.

“Two of the buildings in Porsgrunn, at Doktorløkka and Klyvesgate, provide nursing homes and communal residential housing for dementia sufferers. Both offer excellent services on much the same lines as those seen in the Dutch model. For example, the residents live in groups in which their individuality and freedom of choice are taken into consideration.
The Klyvesgate building has an activities centre close by, so both social and cultural activities are on offer to those who want them. Coffee is always on tap, and there are prize draws, a café, a bridge club and revue shows – making the residential homes an integral part of the local community.

“Our role as researchers is to highlight the connections between the buildings and the ways in which they influence people’s everyday lives”, says Høyland. “We’re also trying to rationalise the lessons we learn in order to boost our knowledge and provide input to those starting up new projects”, she says.

The research project "Fremtidens omsorgsplasser" (Care homes for the future) is funded by the Norwegian State Housing Bank. It is owned by Porsgrunn municipality and SINTEF is providing know-how and expertise.

SINTEF is contributing to the process by organising and conducting cross-disciplinary workshops on selected topics that require detailed discussion. Researchers have also carried out assessments of four residential care initiatives in Porsgrunn.
Work on the concept of 'villages' for dementia sufferers is being carried out in many places in Norway. Oslo, Arendal and Sandefjord municipalities are taking part in the workshops. The housing developers Norske Helsehus have been granted funds to develop skills and expertise, with SINTEF acting as the company's R&D partner.

The 'village' for dementia sufferers in the Netherlands is run according to six principles:
-Homely surroundings that residents can identify with – containing houses, parks, backyards, shops, a theatre, clubs, etc.
-A perception of well-being. Health is not an illness – you are more than your diagnosis.
-Life's pleasures. Food and drink and cultural activities – eat, drink and be merry!
-Live according to your own ideas and life values.
-Volunteers are key to bringing the vision home.
-The organisation
The question "how would you have done this at home?" governs all decision-making.

Specialist consultant Inger Lise Kjos is heading the project called “Bedre hverdagsliv” (A better day) at the residential care department at Oslo municipality. She says that the inspiration for what is currently happening in Oslo comes in part from the so-called dementia ‘village’ in Amsterdam. “Living in a care facility should be as near as possible to being in your own home”, says Kjos.

“When it comes to adapting old buildings as care homes, we are trying to change attitudes and the way things are run”, she says. “We are focusing on creating surroundings that the elderly can identify with, including adequate outdoor areas where they can walk about in safety. Many residents in nursing homes may encounter problems in making use of what is on offer in their local communities. This is why we try to attract the local community into the homes by setting up cafés, clubs, shops, pubs, restaurants and spas that local residents can use as well”, says Kjos.

Kjos says that Oslo is also starting to construct and develop new ‘villages’ for dementia sufferers, although at the moment these projects are still in the planning stage. Oslo councillor Aud Kvalbein wants Lille Tøyen to be the first location for a development of this type, with Furuset and Mortensrud next on the list.

At the Fosslia residential centre in Stjørdal municipality, work focuses on the “small is good” principle. Here they believe that this is the best approach for dementia sufferers. This ‘village’ consists of five small residential groups. Residents can move in and out of their houses as they please. There are also services available during the day, and lambs and cats provide the residents with contact with animals. People from cultural colleges and volunteer groups visit with games and entertainments for the residents. “Our role as researchers is to highlight the connections between the buildings and the ways in which they influence people’s everyday lives”, says scientist Karin Høyland in SINTEF.

“It’s a kind of variation on the ‘village’ theme as seen in the Dutch model”, says Høyland. “It’s based on high levels of expertise in dementia and there is a dementia team serving the whole municipality based on the same site”, he says.

When the hospital in Fredrikstad moved to a new building in Sarpsborg, the developer Veum Smart City AS purchased the old property. The aim here is to offer preventive health services, rehabilitation and treatment for lifestyle illnesses. They also intend to establish a valuable and progressive centre for dementia sufferers – another variation on the Dutch dementia ‘village’ model.

“The impact of the Dutch model is that we are now faced with many issues to consider when building new homes”, says Høyland. “Some believe that a ‘village’ for dementia sufferers might develop into a ‘zoo’, while others think that the concept represents a viable alternative, and that at all events it must surely be better for residents to be able to move about freely in a ‘village’ environment, rather than wandering around the corridors in a nursing home”, she says. “Many Norwegian care homes are built with an overriding focus on providing medical care, while provision for the benefits and opportunities gained by being able to move around freely outside the buildings has received very little attention”, says Høyland.

She believes that above all else, good housing for dementia sufferers requires service provision that is tailored to the residents and that their physical surroundings should be designed to provide substance, and support for meaningful lives.

“We don’t necessarily need to build dedicated ‘villages’ in order to raise the quality of the housing we provide”, says Høyland. “But it is important to take the time to examine the various alternatives and possibilities before making investments in new buildings that are intended to function for many decades to come”, she says. 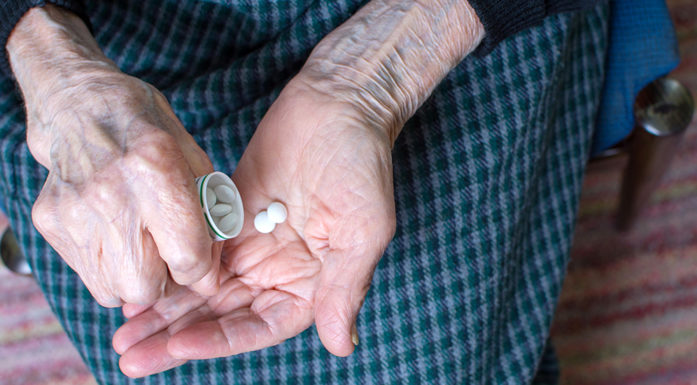