The Norwegian Vegetarian Association recommends that vegans consume B12 by drinking products such as soy milk or rice milk with added B12, or that they take vitamin supplements. Illustration photo: Thinkstock

Pregnant women increase their chances of vitamin B12 deficiency if they don’t consume enough meat, milk or eggs. This vitamin is found only in animal products. A deficiency of the vitamin during pregnancy could have dramatic consequences for the foetus.

In an in-depth study of 11,216 pregnancies from 11 countries, researchers have concluded that low levels of vitamin B12 are associated with an increased risk of preterm birth.

Reason for half of all deaths

Globally, low birth weight and preterm births cause half of all infant deaths in the first 28 days after birth. The diet of a pregnant woman  is vitally important for her foetus and pregnancy. “Vitamin B12 is an essential nutrient found only in products of animal origin such as meat, milk and eggs. Pregnant women who consume too few animal-derived foods increase their risk of developing a vitamin B12 deficiency,” says Tormod Rogne, a medical doctor and intern at Akershus University Hospital near Oslo. The study is part of his doctoral thesis at NTNU’s Department of Public Health and Nursing, completed in December 2016.

Vitamin B12 is necessary for the body’s vital functions, including the production of red blood cells and cellular metabolic energy. B12 deficiency can cause anaemia and severe damage to the nervous system. The body cannot produce the vitamin itself.

In countries where people eat high levels of animal products, such as Norway and numerous Western countries, only a small percentage of pregnant women have a vitamin B12 deficiency.

Vitamin B12 is an essential nutrient, says intern Tormod Rogne, who studied the importance of the vitamin for his doctoral dissertation at NTNU.

“In countries where vegetarian diets predominate, such as in India, the percentage of pregnant women with B12 deficiency can exceed two thirds,” Rogne says.

The analysis included 94 per cent of all pregnancies that were part of any published study on B12 levels.

Results the same for all countries

“Low levels of vitamin B12 in pregnant women did not appear to affect the newborn’s birth weight. But we did find that vitamin B12 deficiency during pregnancy was associated with a 21 per cent increased risk of giving birth prematurely,” said Rogne. 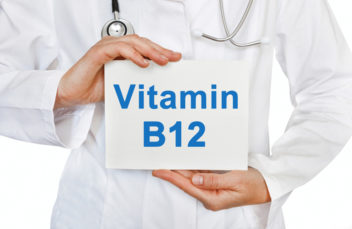 Vitamin B12 is necessary for the body’s vital functions, including the production of red blood cells and cellular metabolic energy. B12 deficiency can cause anaemia and severe damage to the nervous system. Illustration photo: Thinkstock

The results were independent of whether the countries had high, middle or low average incomes.

The study was published in the 20 January 2017 issue of the American Journal of Epidemiology.

Rogne stresses that it is important to remember that there may be other reasons for the apparent link between vitamin B12 deficiency and preterm births.

May be due to other factors

“Low blood concentrations of vitamin B12 may be related to other factors, such as malnutrition and poverty, which can also affect birth weight and length of pregnancy,” he said.

Lack of B12 a known issue for vegans

"The importance of B12 is widely known and not contested by those of us who work with veganism and vegetarian. We are very keen to spread knowledge about B12, especially to vegans who do not eat meat, dairy products or eggs," says information officer Paul W. Thorbjörnsen from the Norwegian Vegetarian Association.

"B12 is not a big problem for vegetarians because they eat dairy products and eggs. We advise vegans to consume B12 by drinking products such as soy milk or rice milk with added B12, or that they take vitamin supplements."

”Although we found that vitamin B12 deficiency is associated with an increased risk of preterm birth, we know very little about the effects of taking vitamin B12 supplements during pregnancy.”

Rogne said he knew of only two small studies, for which pregnant women were randomly selected to take either vitamin B12 or a placebo during pregnancy.

These studies found no definitive link between vitamin B12 supplementation and birth weight. This is consistent with the findings from Rogne’s study. However, there were too few participants in the two studies to conclude whether B12 supplementation during pregnancy may reduce the risk of preterm birth.

“Before we can say anything about the effect of vitamin B12 supplementation in pregnancy, more of these kinds of studies need to be done, and the results should then be summarized in a review article. We hope that our article will encourage people to undertake these studies so that we can provide solid advice for pregnant women who don’t eat much in the way of animal-derived foods,” said Rogne.

Vegans develop B12 deficiency without supplementation

“It’s important to distinguish between vegans and other vegetarians when evaluating vegetarian diets and B12 consumption,” says Vibeke Videm, a professor in NTNU’s Department of Laboratory Medicine, Children’s and Women’s Health. She is also author of the Norwegian book Verdt å vite om vegetarmat (Good to know about vegetarian food). Vegans eat no foods of animal origin and are thus susceptible to B12 deficiency if they do not take supplements – regardless of age, gender and whether or not they are pregnant. Illustration photo: Thinkstock

“Vegans don’t eat any foods of animal origin. They will thus become B12 deficient if they don’t take supplements – regardless of their age, gender and potential pregnancy. B12 deficiency is not common in vegetarians who consume dairy products or eggs, because they can easily meet the recommended B12 intakes through these foods,” Videm says.

So how much dairy does a pregnant vegetarian need?

According to Videm, a combination of 3 dl milk and 50-75 grams of cheese (5-8 slices) will do it outside of pregnancy. If you want, you can substitute 80 g (4 tablespoons) cottage cheese for the cheese.

Pregnant women, she says, need a bit more: adding either a glass of milk, a good portion of yogurt or 3-4 extra slices of cheese will provide what is needed by a good margin. Doctors are happy to give advice to people at risk of developing type 2 diabetes. But patients often end up with diabetes anyway.