They’re standing in a small circle around a net pen out in the ocean. Their job is to maintain the net pens,
de-louse the salmon, and carry out the many other tasks essential to the running of a fish farm facility.
The wind is bitter and the rain is lashing in from all directions. Sea water is splashing around their feet. Everything they handle is wet. Cold water creeps relentlessly up to their knees and along to their elbows inside their coveralls, which are only waterproof up until the second wash.

This is a normal working day for a couple of thousand workers in fish farms all along the Norwegian coast.
In spite of this no work clothing exists that is specifically adapted to their very special working conditions. Yet.

Industrial designers Tore Christian Bjørsvik Storholmen and Ole Petter Næsgaard at SINTEF Health Research have developed work clothing which they hope will make conditions both safer and more comfortable for husbandry workers out on the fish farms. Their project has been carried out in close collaboration with the workers who will be wearing the clothing. “We’ve spent a lot of time getting to know the business and the needs of the husbandry workers”, says Næsgaard. “We’ve taken part in many tasks, observed what goes on, and have obtained input and feedback in response to our suggestions”, he says. “We’ve met with a thoroughly honest group of people. They don’t hold back when they’re not satisfied”, he says.

They visited three different facilities close to Hitra and Frøya as part of a pilot project. Ideas and sketches made during one visit were taken to the next so that they could encourage reactions and get feedback. It has been an iterative process involving an ongoing series of corrections and improvements.

“This has served as a quality control on our work to develop relevant and attractive solutions”, says Storholmen. “We could never have put the first prototype on the market”, he says. “But our dialogue with the users has enabled continuous refinement. New details are always being developed and incorporated. “We’re now getting close to a product that can be introduced to the market”, he says.

Inspired by climbers and skiers

“When we were studying the husbandry workers, we saw that they do a lot of climbing from boat to boat through ropes and cables and across a variety of different barriers. This led us to obtain inspiration from clothes developed for climbers. The result is that the clothing now offers a very good fit – combined with excellent freedom of movement”, explains Storholmen.

When it comes to choosing fabrics, the researchers have obtained greater inspiration from sports clothes than from other types of work clothing. Instead of thick, insulated suits, the new clothing concept has much more in common with kit worn by skiers.

“We’ve exploited the shell principle”, says Storholmen. “The fabric of the outermost layer is water- and
wind-proof and very light and durable”, he says. “We’ve also developed intermediate layers and underwear, so users can select the clothing they need based on weather conditions and their own level of activity”,
he explains.

The clothing is also specifically adapted to allow good freedom of movement in the neck area – even when wearing a life vest. The same applies to the hood which has plenty of room for the mandatory helmet. What about reflective patches? These are placed strategically on the arms, hood and shoulders, and not across the shoulders and legs which is standard for the majority of existing work clothing.

“Actually, we saw that workers testing the clothing were at first sorry to have to return it following the tests”, says Storholmen. “This has to be a good sign”, he says.

However, the developers are not satisfied simply with anatomical adjustments, new fabrics and good visibility. There has to be a place for modern technology in this type of clothing. So the suit is equipped with a waterproof pocket for a mobile phone, and will also be fitted with a separate pocket to accommodate a
man-overboard alarm. The fish farms visited by the researchers are in exposed coastal locations, often about a half-hour’s boat trip from land. The husbandry workers are housed in floating pontoons, surrounded by net pens. They may have to stay here for as much as a week at a time. There have been situations where workers have fallen into the sea.
It is essential that the new work clothing represents an improvement in safety. It must be easy for the wearer to get hold of important tools such as knives, tape and communications equipment.

“An Operations Manager told us that good work clothing is one of the most important aids to effective HSE”, says Storholmen. “People standing around getting cold lose concentration on what they’re doing, making accidents more likely. We believe that this is thoroughly addressed by the new clothing”, he says.

A net pen is an enormous “warehouse”, and if a major accident occurs, the consequences for the environment and the company’s profitability may be very large.

The clothing currently worn by husbandry workers is essentially the same as the standard primarily developed for the building and construction industry, where competitive pricing is a major issue. The clothing being developed in this project will probably be more expensive.

“Current work clothing is a consumer item”, say the researchers. “Our impression is that there is a willingness to pay for a better and more durable product specifically adapted to the needs of the aquaculture industry – a specially designed “aquaculture uniform” which can identify the workers and promote an increase in the pride they have in their profession”, they say.

The initiative for this project, which will continue until the spring of 2015, was taken by the company Protex in Ålen. It wants to manufacture work clothing for husbandry workers in the aquaculture sector. SINTEF is taking part in the role of R&D partner, and is heading the design process in close collaboration with Protex’s manufacturing department. The aim of this development project is to produce a total package incorporating a set of work clothing from underwear to outer shells, to be launched at “AquaNor” – the aquaculture trades exposition being held in Trondheim in August.

The project is funded in part by the Research Council of Norway. 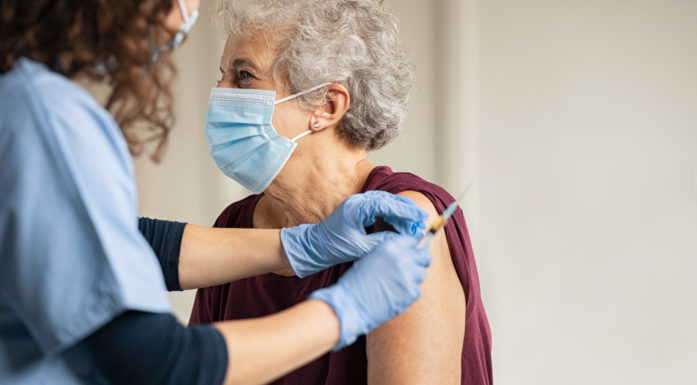 The new vaccines designed to combat the Covid-19 virus have been developed in record time, causing some people to be sceptical of taking them. Should we be worried about side effects? Norwegian SciTech News has been talking to two research scientists about this issue.