Researcher Jørgen Skancke at the base of the tower basin. The nozzle is used to simulate an uncontrolled oil discharge when the six-metre high tank is filled with water. Engineer Frode Leirvik watches from one of the basin's windows. Photo: Thor Nielsen.

Oil droplets are providing clues about environmental impacts following oil discharges What really happens to the oil that ends up in the sea during a discharge, and how can we minimise the damage?

A project called “Dropps” intends to find the answers. The project’s name comes from the fact that oil forms small droplets while being buffeted about within the water mass.

“Research into what really happens in nature during a deep water oil discharge got a major boost following the massive uncontrolled blow-out involving the Deepwater Horizon drilling rig in the Gulf of Mexico in 2010”, says Jørgen Skancke, who is a mathematician, environmental technologist and researcher at SINTEF.

He is currently working with researchers from many countries attempting to identify the best systems for cleaning up after such accidents. “Pouring chemicals on the problem isn’t always the best way”, says Skancke. Sometimes nature breaks down oil slicks itself, and in such situations it’s better to leave nature to get on with it. The trick is knowing when”, he says.

The researchers’ “bag of tricks” consists of a gigantic data simulation model, crammed with information about ocean currents, pressure conditions, different oil types, marine bacteria’s ability to “eat” oil and, not least, data obtained from controlled laboratory discharges. Discharge experiments have been carried out in a specially-designed, six-metre high, tower basin. The results have made the simulation model even more effective.

“The tower basin experiments have provided us with new data about the size and properties of the oil droplets formed during an oil discharge”, explains Skancke. There are three highlights:

While the model is currently being used to assess the risks of oil discharges occurring, it also helps us to identify what steps should be taken when an oil discharge takes place. And the faster we take the correct measures, the greater the effect they will have.

A blow-out can occur from a borehole that is less than 50 centimetres in diameter – and enormous volumes of discharged oil will be involved.

“Just imagine the pressure in an ordinary garden hose, and multiply it by a hundred”, says Skancke.

The turbulence in the oil discharge causes it to break down into small droplets. And it is here that droplet size plays a role. Droplet diameter has a major influence on deciding what clean-up measures are necessary in the aftermath of an accident. The more accurately we can calculate oil droplet size, the better the choices we can make when an accident occurs.

It is well known that the bigger an oil droplet is, the faster it will rise to the water surface. Large oil droplets that take some hours to reach the surface will form a thick film which can either be recovered using booms, or burned to prevent it reaching the shore.

In contrast, small oil droplets are less buoyant because they encounter more resistance when rising, and thus spend more time in the water column.

While they are rising these droplets have the potential to disperse within the water mass and later be ingested by marine bacteria. An oil droplet that spends several days rising to the surface will thus lose much of its mass before it arrives.

“The model’s ability to take the effects of varying droplet size into account allows us to make accurate estimates of where the oil will reach the surface, and in what volumes”, says Skancke. “This provides us with a basis for deciding what action should be taken when it comes to clean-up operations and the use of so-called dispersant chemicals which provide the greatest possible assistance to natural clean-up processes. And all because of new knowledge about oil droplet sizes”, he says.

Nature’s way may be the best

However, it isn’t always the case that we need to take any action at all. Oil discharges are common in nature throughout the world’s oceans. Nature’s answer is that some marine bacteria have evolved the ability to ingest or “eat” oil which has been broken down into microscopic droplets over time.

“Samples taken from what appears to be clear seawater may in fact contain quite large quantities of oil”, says Skancke. “But because the oil has dispersed in the form of microscopic droplets, or has become completely mixed in with the water, it is totally invisible to the naked eye. But the bacteria will find it and regard it as food. In this way up to 40 per cent of the oil will be removed from circulation by entirely natural processes”, explains Skancke.

“This project has now provided us with new knowledge that will help us predict when we should be using chemicals and when it is best to avoid using them. This knowledge may in turn result in savings in time and money during clean-up operations, and allow us to make better choices in the interests of marine and coastal faunal populations when oil discharge accidents occur”, he says. The world’s richest man and the world’s largest oil company dominated the petroleum market in Norway long before landmark finds on the Norwegian continental shelf and the Norwegian oil fund. 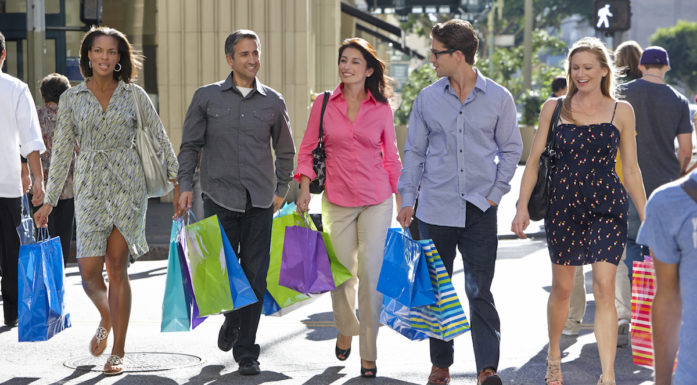 A series of first-ever maps shows regional-scale differences in carbon footprints in the EU. The maps can help guide local and regional policies designed to cut greenhouse gas emissions.