Women who take the initiative see the man as an attractive sexual partner. Photo: Colourbox

In general, women regret short-term sexual encounters like one-night stands more than men do. But various factors determine whether and how much they regret them. In contrast to women, sexual regret for men is not affected by whether they take the initiative. Photo: Colourbox

“The factor that clearly distinguishes women from men is the extent to which they themselves take the initiative,” says Mons Bendixen, Associate Professor at NTNU’s Department of Psychology.

Initiative is the clearest gender-differentiating factor for regret after casual sex, although other conditions also affect individuals’ regret. In contrast to women, sexual regret for men is not affected by whether they take the initiative.

“Women who take the initiative see the man as an attractive sexual partner,” says Professor Leif Edvard Ottesen Kennair in the same department.

Bendixen and Kennair have collaborated with PhD student Joy P. Wyckoff and Professor David M. Buss at the University of Texas at Austin and with Buss’ former PhD student Kelly Asao, now lecturer at the Institute of Social Neuroscience in Melbourne.

Consequently, they have less reason to feel regret, since they’ve made their own choice.

“Regret is a highly unpleasant emotion and our findings suggest that having control over their decision to engage in sex buffered women from experiencing regret. These results are another reminder of the importance women’s ability to make autonomous decisions regarding their sexual behaviors,” says Wyckoff. Regret is a highly unpleasant emotion. Having control over their decision to engage in sex buffered women from experiencing regret. Photo: Colourbox

Men regret casual sex much less overall than women do, although it does happen. But several individual factors play an important role in women’s regret.

“Women feel less regret if the partner was skilled and they felt sexually satisfied,” says Kennair. Bendixen points out that these effects are not as strong in men.

Women have less regret if the sex was good. For men, this also plays a less important role. The underlying causes are biological.

“The higher-investing sex faces larger repercussions of mating decisions than the lower investing sex. Women have a higher minimum obligatory parental investment (e.g., 9 months internal gestation) than men. So, women’s regret should be more closely tied to the quality of their sex partner than men’s. For women, sexual skill might be a cue to high male quality,” explains lecturer Kelly Asao.

In short, women may profit more from high quality in their sexual partners than men do.

Bendixen and Kennair, in collaboration with David Buss and his research team in Texas, have for several years been looking at what people think of their own and others’ sexuality, and whether they regret having had casual sex and why. This study adds several factors that can explain responses to casual sex. This time the researchers also asked study participants if they took the initiative for the sex act, if they felt pressured to have sex and whether the partner was skilled or sexually competent. Participants were also asked if they experienced disgust.

Women also feel disgust more often than men after a short-term sexual encounter. This is a key factor in whether or not they feel regret .

“The feeling of disgust or revulsion is the single factor that best explained why women and men regretted the last time they had casual sex when we controlled for all the other factors,” says Bendixen.

This disgust can occur because they feel moral regret, but also if the act is unhygienic or if the sex itself was perceived as gross. The impact of disgust was strong for both sexes and among both the Norwegian and the American student participants.

“Sexual disgust is an important adaptive emotion,” says Buss. “It functions to avoid, now or in the future, potential sex partners who are either low in mate value or who carry some risk of sexually transmitted infections.”

Same in the United States and Norway

The basic data consists of responses from 547 Norwegian and 216 American students. The nationality and possible cultural aspects of the responses seem to play a lesser role, if any.

A larger proportion of Norwegian participants had casual sex than the Americans, but the patterns are the same, and the responses differed little in their reasons for regret and to what degree women and men feel any regret at all. (See Fact box.)

“It’s interesting that – despite clear gender and cultural differences in the levels of concern, pressure, disgust, how good the sex was, the partner’s sexual competence and initiative – clear similarities existed between the groups in how these factors affected the degree of sexual regret,” says Bendixen.

“With the exception of initiative-taking, it seems that the mechanisms for sexual regret are only minimally affected by whether you’re a woman or a man, or whether you’re a Norwegian or an American student,” says Kennair.

A significant aspect of the latest findings is that the researchers obtained the same results as they had done in previous studies.

Psychology is among the fields of study that have been criticized for not obtaining results that can be repeated in later studies. But Kennair and Bendixen have now achieved this.

“By studying the same phenomenon that’s based on clear theory, in several rounds, from different angles, and especially in different cultures, we can develop a theory-based cumulative science. The findings are simply more credible when we find out the same thing over several rounds,” Kennair says. 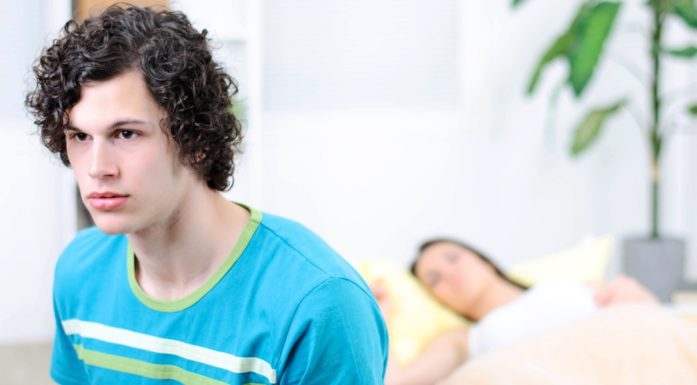 Have you had sex and then regretted it or felt rejected? You aren’t alone, and nothing’s wrong with you, either.