A study indicates that retrofitting dams by installing turbines at their base could generate plenty of new renewable energy around the world. Illustration photo: yu_photo / Shutterstock / NTB

Many of the world’s dams are not used for hydropower, but a new study shows they could be easily altered to produce renewable energy. This would be the most sustainable solution for new energy production in the world, says NTNU Professor Tor Haakon Bakken.

Almost all the dams in Norway are built for hydropower. This is not the case around the world.

A good part of Africa’s and Asia’s water supply dams are used for soil irrigation, drinking water and flood control – but not often to produce electricity. These are “low-hanging fruit” for increasing the production of renewable energy in the world, says Professor Tor Haakon Bakken, NTNU. Photo: Private

“An international survey of the 60 000 largest dams in the world shows that only a third of the dams are used for hydropower production. In Africa and Asia, the proportion of dams used for hydropower is as low as 10 to 15 per cent,” says Tor Haakon Bakken, a professor at NTNU.

Last year, one of Bakken’s students conducted a study suggesting that a lot of power could be extracted from the dams. Dam conversions would be economically profitable, have no new environmental consequences, nor would they affect current water use.

“One possible solution is to install turbines at the base of these dams, which would provide large amounts of new renewable energy,” he says. “This potential solution is  ‘low-hanging fruit’ that could increase the production of renewable energy around the world.”

In 2020, Bakken supervised Nora Rydland Fjøsne who investigated the topic as part of her master’s degree.

In her theoretical study, Fjøsnes’ looked at existing dams without hydropower in the area of ​​Guadalquivir in southern Spain, where many dams are used for soil irrigation and drinking water supply.

In the simulation, turbines were “installed” in thirteen of the dams in this area that are not currently used to produce hydropower. 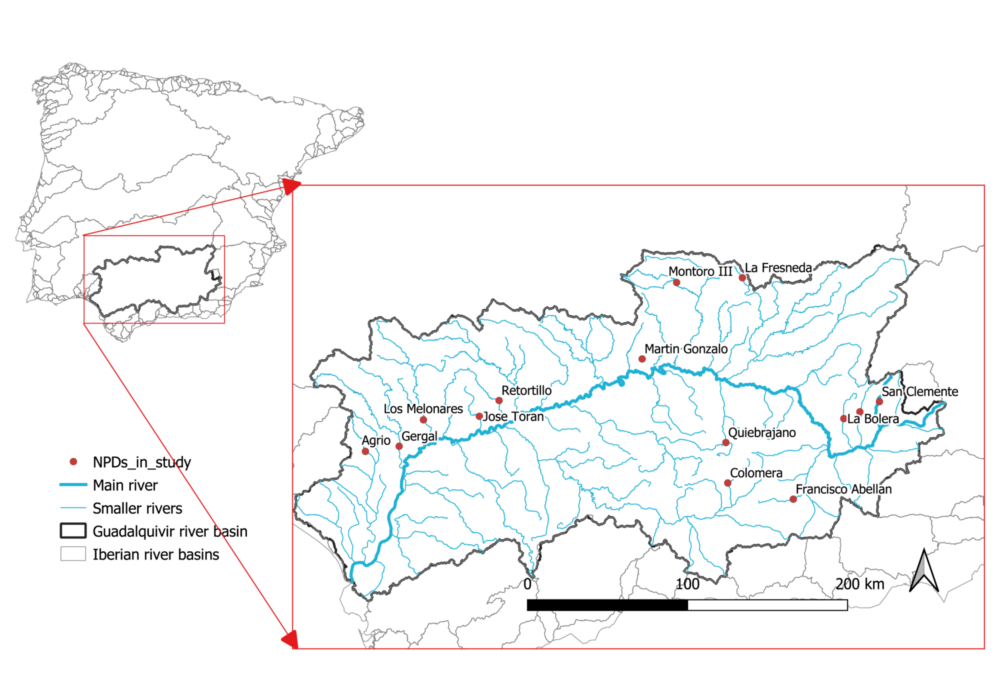 The study looked at existing dams without hydropower – here in the area of ​​Guadalquivir in southern Spain.

The study was done using a numerical model that described the hydrology and current water use in the catchment area and the size of the dams.

“We used international costs for turbines in the calculations. We looked at future power prices and at the projected power prices in Spain,” Fjøsne said.

Fjøsne found that from a purely economic business assessment, installing hydropower technology in five of the thirteen dams in Guadalquivir in Spain would prove to be profitable.

The assessment compared the estimated costs to retrofit these dams with future income from power production. These five plants would be able to produce 47 GWh per year, corresponding to the consumption of about 4000 to 5000 households. Nora Rydland Fjøsne found that from a purely economic business assessment, installing hydropower technology in 5 of the 13 dams in Guadalquivir in Spain would be profitable. Photo: Private

“In terms of cost, several of the thirteen dams with reservoirs fell into the ballpark of other renewable projects when we compared them with cost calculations published by IRENA (International Renewable Energy Agency). These dams would also be profitable with a certain amount of subsidy,” says Fjøsne.

Achievable in many places in the world

“This is the first study to be done on this, so we have to look at it as a study that tests a completely new concept for renewable power production,” says Bakken.

“We can conclude from the study that there are untapped and economically profitable hydropower resources in existing dams and reservoirs. These can be used without creating new environmental effects, social consequences or conflicts over water resources,” he says.

“We believe the opportunities are there to achieve this in many places in the world – where a number of dams and reservoirs have been built for soil irrigation, drinking water supply, flood control or other purposes.

Before Christmas, Fjøsne received the Innovation Award 2020 for her work in analysing hydrological, technical, economic and environmental conditions regarding the retrofitting of existing water supply dams for hydropower production.