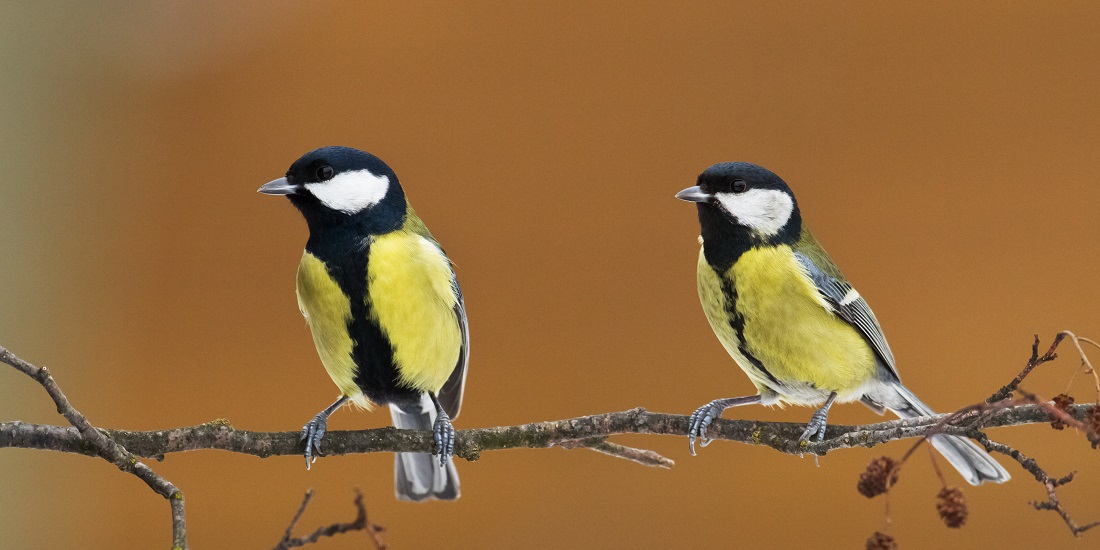 Great tits have to adapt to the behaviour of their prey quickly. Otherwise things can go really wrong. Photo: Shutterstock, NTB scanpix

An ever warmer climate could be bad news for species that depend on stable and abundant access to food at certain times of the year.

“If changes happen too fast, species can become extinct,” says Emily Simmonds, an associate professor at NTNU’s Department of Biology.

She is the first author of an article in Ecology Letters that addresses how great tits can be affected if the supply of larvae changes in the spring.

Several bird species depend on the abundance of larvae while their young are small. If the larvae supply peaks earlier in the spring than normal, there may simply be too little food for the hatchlings. Several bird species depend on the abundance of larvae while their young are small. Here is the great tit with a woodpecker. Photo: Shutterstock, NTB scanpix

A warming climate can bring about changes like this. An earlier spring causes trees to leaf out earlier, which in turn causes the larvae that feed on the plants to hatch out earlier.

“When the climate changes, the interactions between different species changes too,” Simmonds says.

She and a team of researchers at the University of Oxford used population models to calculate the consequences of different climate scenarios. They wanted to see at what point the changes would happen too fast for the great tit to modify its behaviour quickly enough to keep up with the larvae.

Able to adapt – up to a point

Great tits have genetic variations and varying abilities to adapt to different conditions. This means that they can evolve in tandem with their prey — up to a point.

An earlier larvae hatch can be advantageous for the great tits whose young also hatch earlier in the spring. This advantage can be transferred to the next generation of birds, which can in turn become early birds. And so on.

For this advantage to persist, however, the great tits have to evolve fast enough and be flexible enough to keep up with the genetic variation in their prey. Under conditions where greenhouse gases emissions are high and temperatures rise rapidly, great tits will not always be able to keep up with the changes in the supply of larvae. Illustration: Shutterstock, NTB scanpix

Keeping up is hard

“If the conditions are such that greenhouse gas emissions are high, great tits won’t always be able to keep up with the changes in the larvae supply,” says Simmonds.

In the worst case scenario, whole populations of great tits will simply disappear by the year 2100 because they aren’t able to procure enough food for their young.

“This could happen even if great tits also modify their behaviour more quickly in a rapidly changing environment. The larvae might be changing even faster than the great tits,” Simmonds says.

The researchers found that populations of great tits would be guaranteed to become extinct by the year 2100 if the larvae appeared about 24 days earlier than the current norm in 2020. This also applies to populations that appear to be completely stable now.

“It could be that the apparent stability today is hiding a future collapse,” says Simmonds.

The reason is that we might reach a kind of threshold where the great tits aren’t keeping up. The rubber band gets stretched too much, you could say.

“The good news is that the populations will be able to survive scenarios with lower or medium warming trends,” Simmonds says.

Simmonds collaborated with Dr. Ella Cole, Professor Ben Sheldon and Professor Tim Coulson at the University of Oxford on the project, which was part of Simmonds’ doctoral dissertation at the British university.